You are here: Home / Resources / Cremation

“Cremation” derives from the Latin verb to burn, and has long been an alternative method of disposing of dead bodies where burial is not desired for religious, ecological or other reasons. The body is burned at very high temperatures until there are only brittle bones left, which are pulverised into ‘ashes’ and returned to the family or otherwise disposed of.

Many archaeologists believe cremation has been taking place since 3000 BC, and was the most common method of disposing of bodies in Greece and Rome by 600 BC, though in Ancient Egypt bodies were embalmed, and in Ancient Israel bodies were left to decompose in tombs.

The Cremation  Society of Great Britain  was formed  in London in 1874 to campaign for cremation, mainly on grounds of hygiene and cost.  Burial grounds were over-used and delays meant they could be foul. Victorian funerals could be showy affairs and many could not afford such pomp. However, there was for a long time public resistance to the idea of cremation.

Cremation was considered illegal in Britain until the law was challenged by Dr. William Price, a druid who built a funeral pyre for his newborn son on a local hilltop in 1885. He was acquitted of all charges and the Judge confirmed that cremation was not illegal provided no nuisance was caused, paving the way for the Cremation Act of 1902. 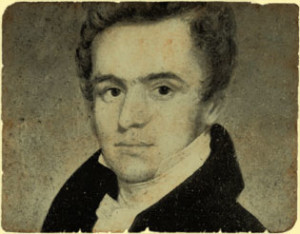 Support for cremation grew following the invention of the first cremating apparatus in Italy, promoted and supported  in England by Queen Victoria’s physician following the Vienna Exposition in 1873. Read more here. Crematoria are now to be found in every part of the UK and over 70% of bodies are now disposed of in this way.

Cremated remains do not pose a health risk and can therefore be disposed of in a variety of ways. Some choose to bury the ashes, others to scatter them in a place loved by the departed, for example at sea or from an aeroplane. Ashes can also be used to make keepsake items such as jewellery, vinyl records or even be made into fireworks.

Search our suppliers lists for makers of specialist urns and other containers, ways to scatter or preserve ashes and more.