You are here: Home / Law / UK failing the terminally ill

A poll released in November 2017 by YouGov shows that over half (53%) of British adults would consider travelling to Switzerland for an assisted death if they were terminally ill, despite the emotional, physical and financial challenges.

Dignity in Dying, who commissioned the Poll, carried out further research to uncover the average cost of using Dignitas. When travel, fees and accommodation are taken into account, assisted death in Switzerland costs about £10,000, a sum which only a quarter felt able to afford. 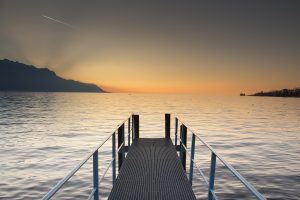 Despite numerous legal challenges UK law does not allow assisted dying, meaning that patients risk a traumatic end to their lives. Interviews released by Dignity in Dying show that despite medical assurances, the end of life can be agony both for patients and their loved ones.

The UK is outsourcing death to Dignitas, claims Dignity in Dying. By failing to make laws which guarantee equal access to all, and forcing terminally ill people to brave the trip abroad before they may actually need to end their lives (because they must be able to take the lethal substance themselves), British lawmakers are turning a blind eye to the needs of the most seriously ill.

When healthcare costs are skyrocketing partly due to more and more complex treatments, surely we should be listening to those who are telling their doctors and loved ones that they want a dignified end? Offering regulated assisted dying at a location within the UK would bring peace of mind those terminally ill who fear for their future, whilst reducing costs at a difficult time.