You are here: Home / After death / Posthumous Marriage

France is one of the few countries in the world to allow a marriage between two parties, one of whom is dead. 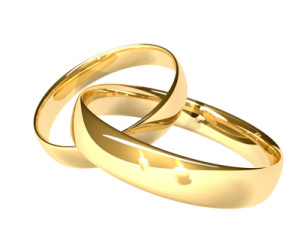 Every year, scores of petitioners beg the President to grant permission for such a marriage, which will take effect from the day before the death. If it can be shown that the deceased consented unequivocally and there is a strong reason why it should go ahead (for example to legitimise children or for emotional reasons), the authorities may permit the wedding.

The French legislation is founded on a limited number of Proxy Marriages permitted during the First World War, when brides were allowed to marry a recently-fallen fiancé by proxy. In the 1950’s a dam collapsed at Fréjus, killing some 400 people, including André Capra who was engaged to be married. His fiancée begged President Charles de Gaulle to allow the wedding to go ahead and the legislation was introduced in Article 171 of the Civil Code.

In Chinese culture “Ghost Marriages” can take place after a death. For a girl and her family this can avoid the stigma of remaining an unmarried: she is required to participate in the funeral of her intended partner, take a vow of celibacy and move in with the man’s family.

The man’s family may seek a marriage after his death in order to continue the family line, in which case the wedding may be arranged with someone unknown to the man at the time of his death. A priest may be asked to suggest a suitable spouse, or gifts may be offered by the family to tempt a willing wife.

It is also believed that an unmarried spirit will return to haunt the family, and there are suggestions that in some areas of rural China, bodies are dug up and sold to provide a ghost bride or groom.

“Ghost Marriages” are celebrated in the same way as normal funeral and weddings, with the exchange of gifts and cake, whilst the deceased may either be dug up or represented by a bamboo effigy which is later burned.