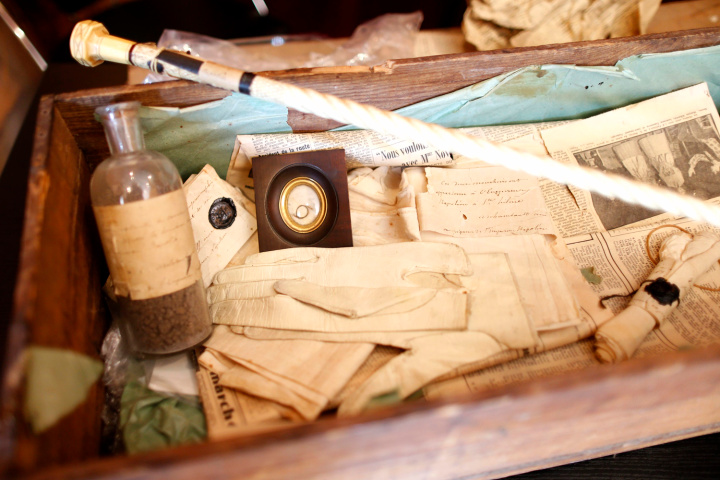 You are here: Home / After death / Napoleon Mementos

A 200-year old batiste shirt worn by Napoleon the day before his death is expected to sell for 30-40,000 euros later this month.

Horseman Achille Archambault was personally selected by Napoleon to accompany him when sent into exile on St. Helena by the British in 1815.

Achille remained at Napoleon’s side until his death in 1821, was present at the autopsy, helped medics make a death mask and held Napoleon’s mount as they walked behind the funeral carriage to his resting place.

A case of relics collected by Achille and sent to relatives in Napoleon’s native Corsica was passed through generations and is now the property of an elderly haberdasher. He has asked French auction house Osenat to offer the relics for sale: they will be auctioned on 23 March. 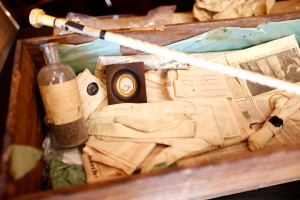 The box of Napoleon mementos (Reuters)

The relics include the French Emperor’s ivory cane, the sweat-stained and monogrammed shirt he wore to his death and a lock of his hair, from which scientists may be able to detect whether he was poisoned, as some believe.