You are here: Home / Religion / Muslim and Jewish Deaths

Muslim and Jewish communities in Britain can face difficulties burying their dead within the short time acceptable to their religion.

In 2015 Simon Hughes (Justice Minister) asked London coroners to make out-of-hours arrangements so that procedures can be speeded up in cases where a coroner’s permission is required to release a body for burial. 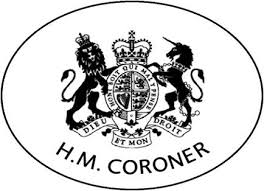 Sudden, violent and unexplained deaths are routinely referred to the coroner, who must decide whether the case justifies post-mortem investigation, or whether the body can be released.

Religious communities who regard autopsies as a desecration of the body are also pressing for the right to insist on a post-mortem scan instead. In one case last year the family offered to pay for a scan, and obtained an injunction stopping the coroner from ordering an invasive autopsy without first seeing whether a scan would be sufficient. The case is to be judicially reviewed and may pave the way for a right to a post-mortem scan where this is suitable and acceptable.