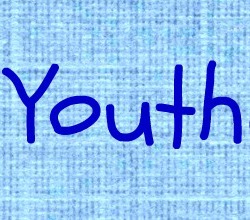 You are here: Home / Assisted Dying / Mercy Killing for Minors

Euthanasia is the act of deliberately ending a person’s life to relieve suffering. Advocates of the new Belgian legislation extending euthanasia to children under 18 say it is the “the ultimate humane gesture”.

Belgian law has permitted euthanasia for adults since 2002. Last week MPs voted in favour of removing the age-limit, so that individuals of any age may choose euthanasia if they are in the final stages of a terminal illness and their ‘constant and unbearable’ physical suffering cannot be relieved. Mental suffering will not be sufficient and the child’s parents must agree, in addition to further medical and legal safeguards.

Opponents argue that with good palliative care such a step should not be necessary, moreover in the case of minors it may be impossible to determine accurately whether they are properly aware of what they are requesting. However the Belgian public appear to be broadly in favour of the move.

The law has already been approved by the Senate, and will become effective upon royal signature, making Belgian laws on euthanasia the most permissive in Europe. Holland allows those aged over 12 to seek euthanasia, and Luxemburg permits it for over 18s, whilst Swiss law permits doctors to help patients commit suicide.

No such measures are permitted in England, where helping others to commit suicide remains illegal. But we are beginning to discuss whether this is an appropriate reaction to such suffering.

Fifty years ago it was illegal to commit suicide, so if you attempted it and failed you were technically subject to criminal punishment. However, as time went on society realised this was not an appropriate response to such a difficult situation: eventually suicide was de-criminalised and sufferers offered help and support instead.

Today lawmakers, medics and the public are considering whether assisted dying should be permitted on compassionate grounds. The experience of countries like Belgium should inform debate and may help us find a humane and safe way to help those in desperate circumstances.

The Right to Forget
Next Post: Costing the Earth