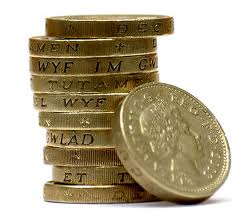 Funeral costs continue to rise faster than the rate of inflation. The average cost of a standard cremation funeral in the UK has risen by 57% over the last 7 years*.

Prices vary by region, with an average of £2,720, not including extras such as flowers and catering, and with burials costing even more.

This can be a large sum to find when access to the deceased’s money is restricted, and is the reason why many people choose to set aside funds or opt for a Funeral Plan that will contribute to these costs on death.

However, consumer advice from ‘Which’ indicates that paying into such a plan, commonly known as an ‘Over 50’s Plan’, may be no better than taking out an ISA, or even putting the money under your pillow. Radio 4’s Moneybox programme looked into the dangers of ‘Over 50’s Plans and you can listen to their conclusions here.

Broadly speaking, ‘Which’ concludes that these insurance policies hit a break-even point (at about 17 years, for example, for a 60 -year old taking out a policy to pay a fixed sum on his death) after which you will have paid into the scheme more than will be paid out.

You cannot choose to stop at this point or most schemes will make no payout whatsoever.

By contrast, payments into a cash ISA would break even at about 13 years.  Since life expectancy at 60 is currently 22 years for men (25 for women) payments made after this point will continue to benefit you, rather than fall into a black hole. So whether you choose to continue payments or stop, you are better off outside an inurance policy from this point.

It is possible to get some help with funeral expenses if you are on a low income. More details are available from the DirectGov website here. However, SunlifeDirect’s annual ‘Cost of Dying Report’ calculates that State resources are so stretched that over 40% of applicants for financial assistance for funerals were unsuccessful in 2010-11, with an average payment of just over £1,200.

So it is undeniably sensible to give thought to the cost of dying. An insurance policy paying out a fixed or index-linked sum may give peace of mind; a joint account or investment held for the purpose will at least be accessible when needed.

If nothing else, you can make clear to those who may survive you whether you consider it wise to spend money on optional extras, which can inflate the cost of dying. How else will they know what you would appreciate, or what you may consider a complete waste of hard-earned cash?

* according to Mintel Research for Sunlife Direct