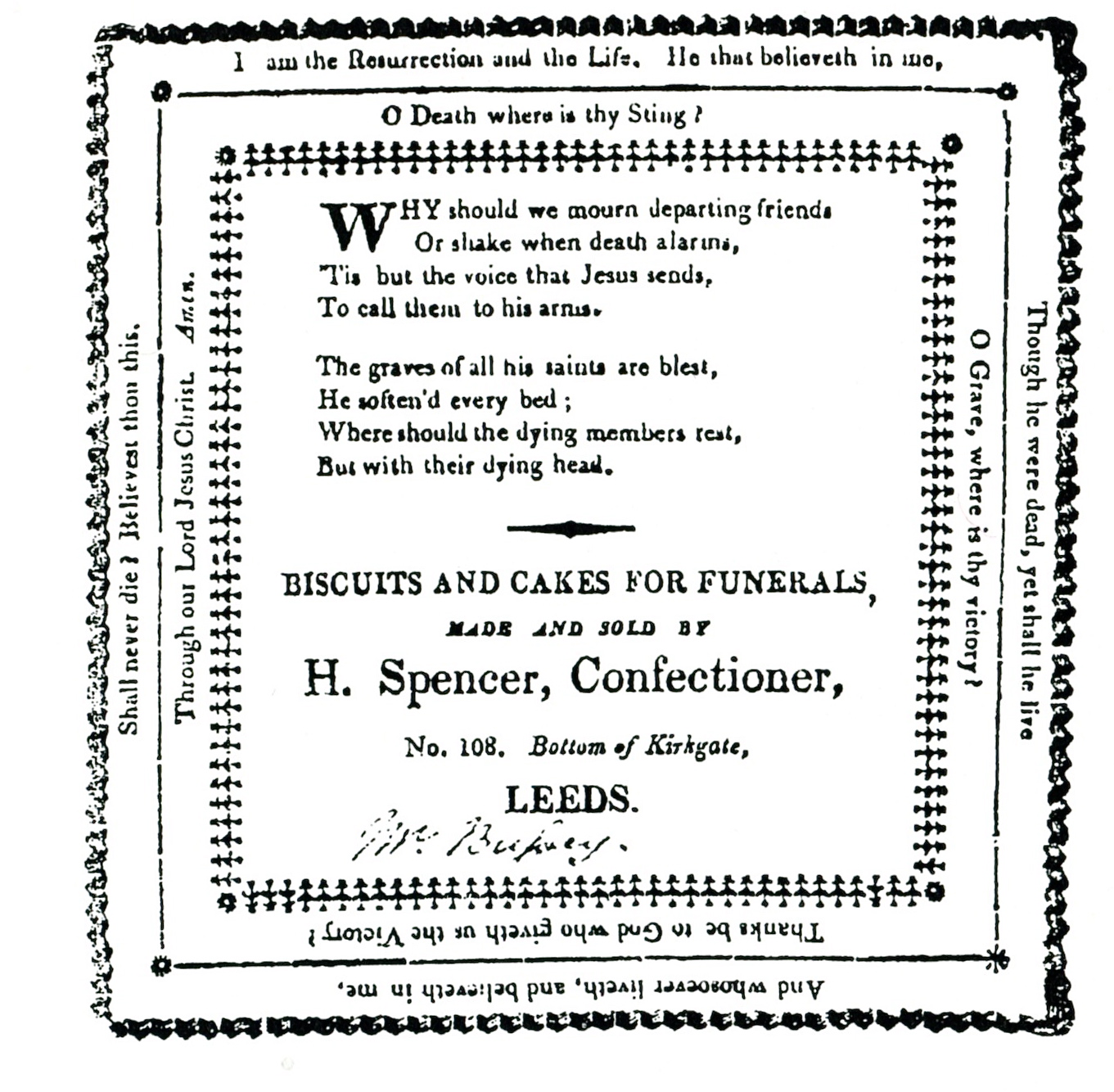 In the Middle Ages Germans ate “corpse cakes” made by the woman of the house and left to rise on the chest of the corpse to absorb some of his virtue, which was then transmitted to the eater.

Similar traditions in Ireland obliged mourners to take a pinch of snuff placed by the deceased, whilst in England the “Sin Eater” (the lowliest person available) was paid to eat bread from atop the chest of the dead body, consuming the body’s sins and leaving the soul free to enter heaven.

Wealthier individuals might commission special bowls from which the sin-eater would take the bread and salt, and which would then become mementos of the dead to be handed down through the family. The type of Mazer Bowl used for Sin-Eaters

By the end of the 18th century rituals had evolved and funeral cakes or biscuits were offered to those attending a wake. In England Victorian bakeries competed for customers, serving funeral biscuits in ornately printed wrappers bearing advertisements along with maudlin verse. The biscuits were often baked hard, either for dunking in hot drinks or ale, or to be kept as a memento along with the wrapper. The custom seems to have died out, but the ideas both of offering food to funeral guests, and giving something that might be kept as a memento of the deceased, continue to appeal.