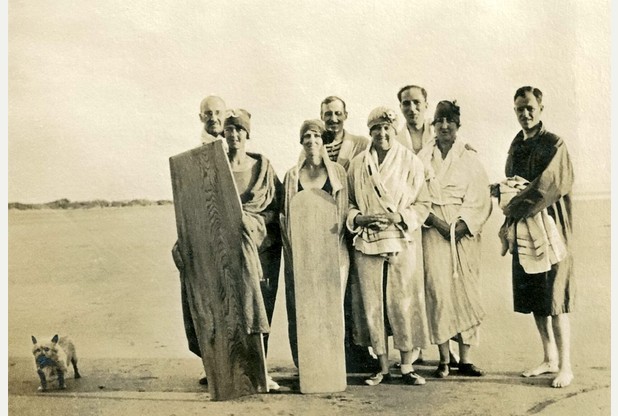 You are here: Home / Interesting Facts / Coffin Lids at Sea

A new exhibition opened this week at North Devon’s Museum of British Surfing, charting the growth in popularity of the sport. The earliest photographs show surf riders with ‘coffin lids’ : in 1919 undertaker Tom Tremewan from Perranporth spotted a niche and began marketing coffin lids as surfboards. 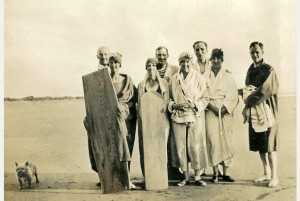 From The Museum of British Surfing

The sport was at first an upper-class pastime. Early pictures even show Prince Edward, later Edward VIII, learning to surf in Hawaii. But now it is estimated that surfing brings £1.8 billion to the UK economy, with people of all ages able to enjoy the pleasure.

And today’s fibreglass, shaped boards must be a great deal easier to use than the old coffin lids.

Also in The Guardian