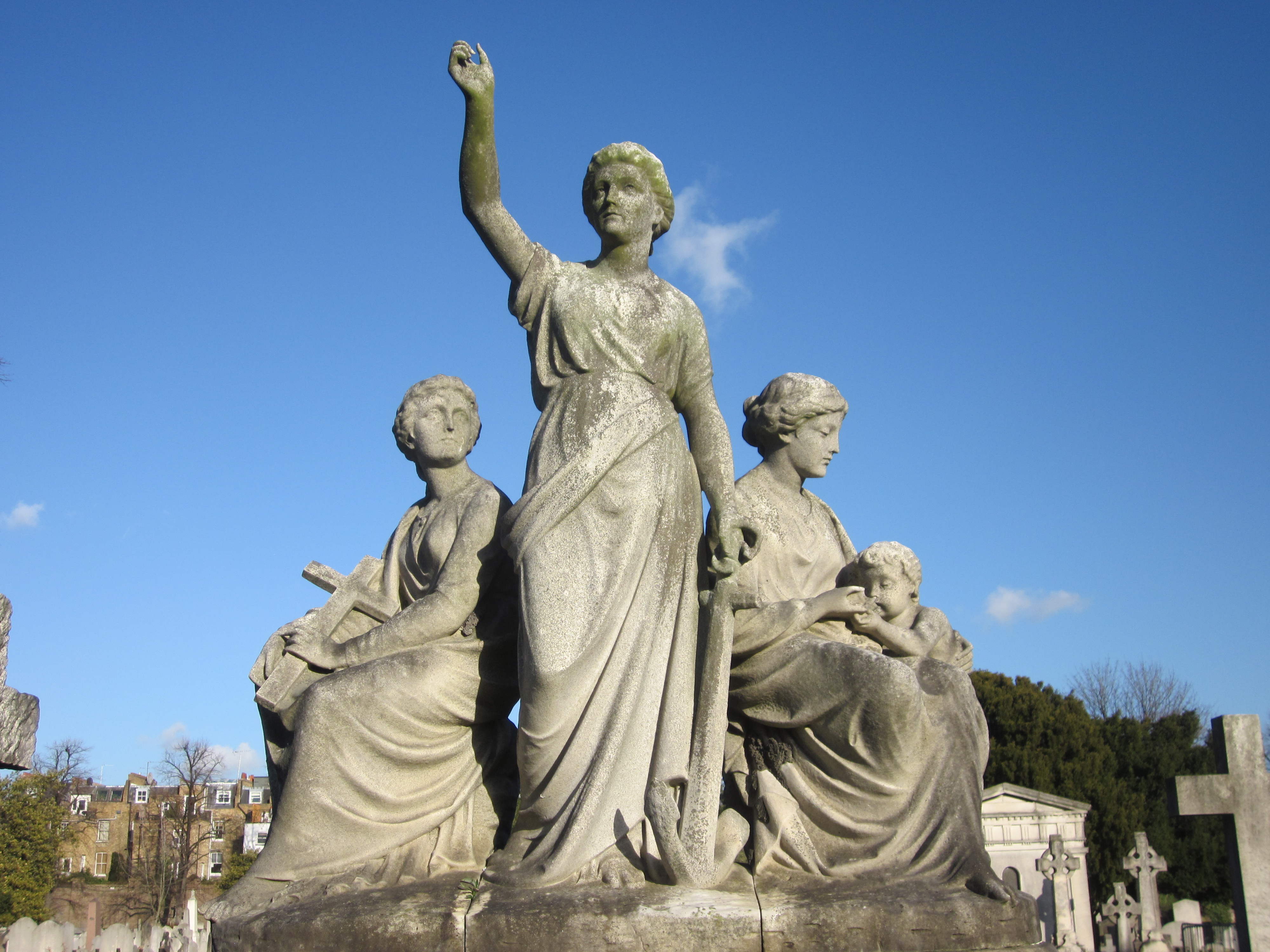 A recent visit to the Brompton Cemetery, a short walk from Harrods in London, brought home to me the beauty that can be found in stone monuments.

Brompton Cemetery was is one of the ‘Magnificent Seven’ cemeteries established in Victorian England to relieve the pressure on London graveyards. These new cemetaries formed a ring around London, converting market garden countryside into formal gardens designed by leading architects of the day.

The population of London had more than doubled between 1800 and 1850, leading to unsanitary, overcrowded conditions in the capital.With over 2 million inhabitants, London was the largest city in the world and new burial grounds were desperately needed.

The new cemetery land was bought and a competition held for the cemetary design, judged by a Committee of Taste. The committee chose a design by an assistant of the chairman, one Benjamin Baud. Baud’s design created an open-air cathedral, with a central avenue and domed chapel.

The design incorporates colonnades and catacombs, with tree-lined avenues and planting designed to welcome visitors who wished to wander the gardens, but the building ran vastly over budget and financial constraints then, as now, limited the realisation of Baud’s scheme.

Yet the cemetery remains an oasis of peace and beauty so close to London’s busy streets. I visited on a cold January day, yet the stonework and clambering ivy seemed warm and attractive, not at all what you would expect from a harsh city cemetery.

The cemetery hosts a mixture of tombs, catacombs and mausolea, with an enormous variety of shapes and colour of stonework giving character to the dead through the centuries. Bespoke statues jostle with simple gravestones rambling with ivy, grand layered monuments sit amidst fetching angels and cherubs that look as though they could come alive in the warmth of the sun.

Brompton Cemetery is managed by the Royal Parks and remains open for burials, though today health and safety and other regulations restrict the height and style of statue permitted.